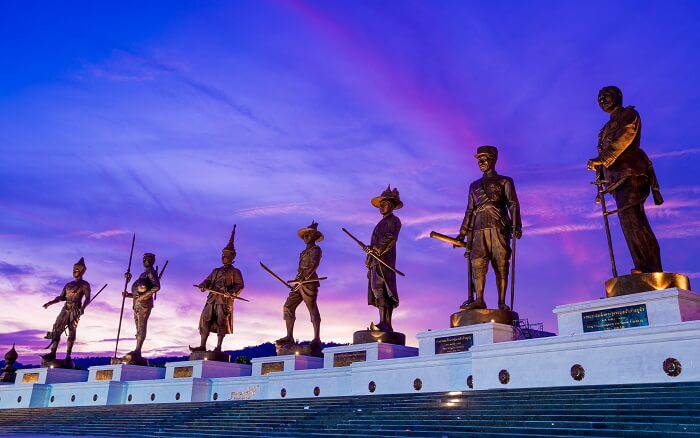 Rajabhakti Park is meant to honor past Thai kings from the Sukhothai period to the current Royal House of Chakri. It is built by the Royal Thai Army, with funds donated by the public and private sectors, as well as members of the general public. His Royal Highness Crown Princess Maha Vajiralongkorn, accompanied by Her Royal Highness Princess Bajrakitiyabha, officially opened the park on 26 September 2015.

His Majesty the King granted royal permission for the Royal Thai Army to build this park. He also gave this historical park the name "Rajabhakti Park,” which means the park built with the people’s loyalty to the institution of the monarchy.

Phetchkasem Rd is the main road that goes through Hua Hin.

Loading...
Upps!
You're running a web browser we don't fully support. Please upgrade it for a better experience.
Our site works best with Google Chrome.
How to upgrade the browser